This photo is one of two Card Stunts created for the Winnipeg Blue Bombers vs. Saskatchewan Roughriders game on Sunday, September 6, 2015.  Over 25,000 fans participated in this first-ever Card Stunt at Mosaic Stadium.  The Card Stunts were produced by Kivett Productions and Captive and sponsored by Mosaic. 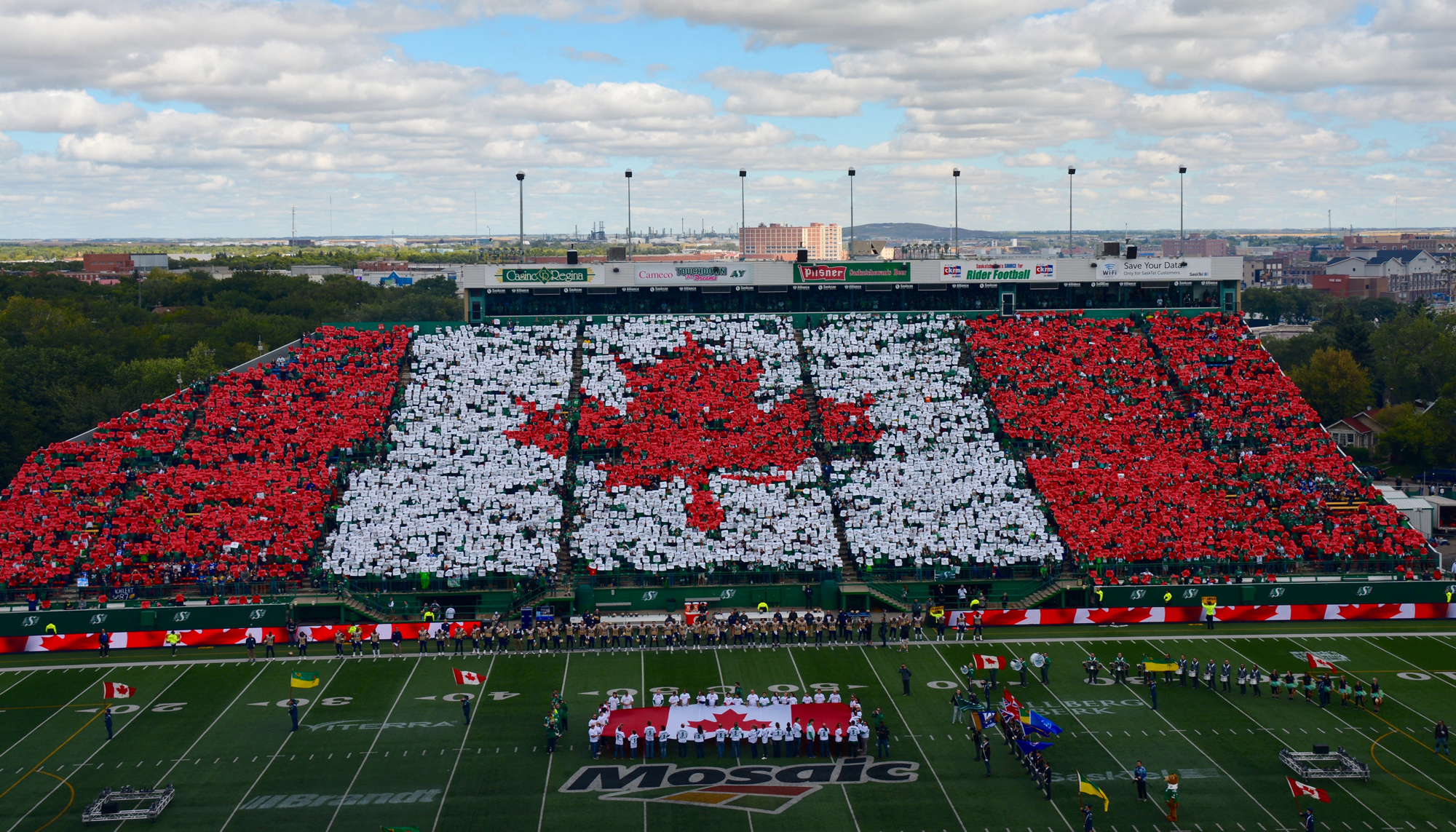