70,000 football fans held up cards before the 2014 Army Navy Game to spell out GO ARMY, SINK NAVY on one side of the stadium and GO NAVY, BEAT ARMY on the other side of the stadium. The event was held at M&T Bank Stadium, Baltimore, Md., and was sponsored by USAA. 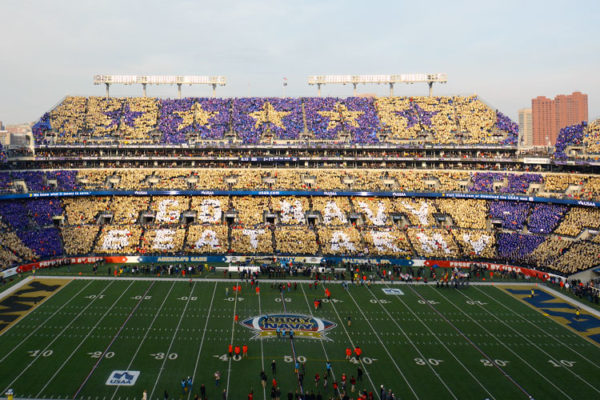 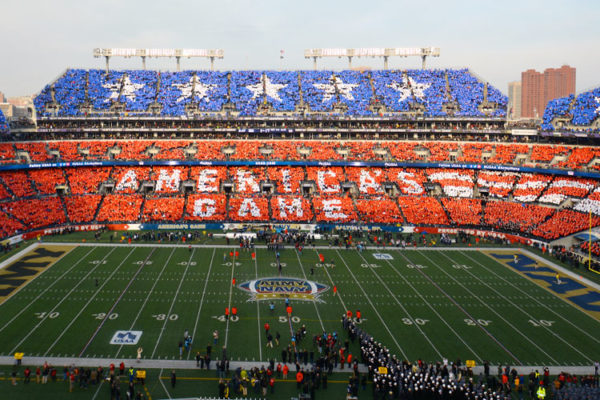 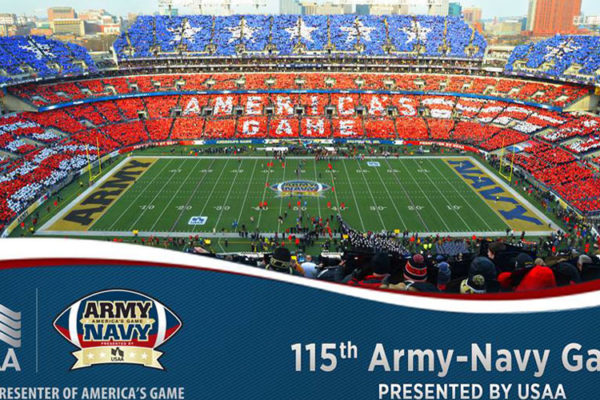